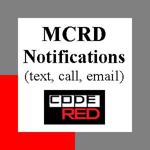 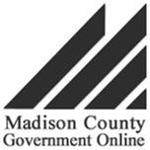 Robin is originally from Habersham County, where she graduated from Habersham Central High in 1980. She was a three year letterman in basketball and tennis. Robin graduated from Young Harris Junior College in 1982 with an Associate of Arts Degree, was a two year letterman on the Young Harris women’s tennis team and a member of the Alpha Iota local sorority. She graduated from Georgia Southern University in 1984 with a Bachelor of Science Degree in Recreation. Robin began work with M.C.R.D. as Program Coordinator in 1984 and moved to the Athletic Coordinator’s position in 1986. She was promoted to Director in 2011.  This position is in charge of overseeing the management of all day-to-day operations at M.C.R.D., as well as the organization and scheduling of all competitive team sports such as youth and adult basketball, youth t-ball and pitching machine, youth soccer, and adult softball.

Shelley is a native of Danielsville, a graduate of Madison County High School in 2007.  She earned her B.S. in Education from the University of Georgia in 2012, majoring in Recreation and Leisure Studies.  Her background in recreation stems from her love of volleyball and many years of coaching.  She has been involved with many aspects of the recreation field such as athletics, programming, special events, and administration.  Shelley has been an active member in both GRPA (Georgia Recreation and Parks Association) and NRPA (National Recreation and Parks Association), and holds many professional certifications: CPRP (Certified Park and Recreation Professional) and CYSA (Certified Youth Sports Administrator).  Shelley is responsible for managing MCRD's soccer and volleyball programs, special events, and is also responsible for recruiting and training our part-time employees.

Justin is a resident and native of Athens, graduating from Cedar Shoals High School. He earned a B.S. in Education from the University of Georgia in 2013, majoring in Recreation and Leisure Studies and focusing his studies on camps. Justin recognizes the importance of camps for the personal development of children and youth. He attributes this to attending day and overnight camps himself and from serving as a counselor in both North and South Carolina. Additionally, Justin has background as a Youth Ministry Director in the Presbyterian Church and as an Assistant Park Manager with Georgia State Parks. Justin enjoys most things outdoors--camping, hiking, fishing, and playing golf--and also enjoys attending live music shows.

Grady has been employed with M.C.R.D. since 1984. He is responsible for the maintenance of all recreation facilities owned, leased, or operated by the Madison County Board of Commissioners. His daily activities include establishing turf management practices, coordinating schedules of projects including renovations or new construction, and preparing fields for events and games.

Bryan graduated from Abraham Baldwin Agricultural College in 1998 with an Associate Degree in Environmental Horticulture. He has more than ten years of turf maintenance experience and has been employed with M.C.R.D. since 2005.